The Pirate Don Durk of Dowdee 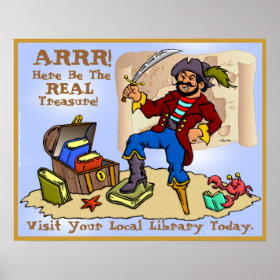 His conscience, of course, was as black as a bat,
But he had a floppety plume on his hat
And when he went walking it jiggled— like that!
The plume of the Pirate Dowdee.

His coat it was handsome and cut with a slash,
And often as ever he twirled his mustache
Deep down in the ocean the mermaids went splash,
Because of Don Durk of Dowdee.

Moreover, Dowdee had a purple tattoo,
And stuck in his belt where he buckled it through
Were a dagger, a dirk, and a squizzamaroo,
For fierce was the Pirate Dowdee.

So feaful he was he would shoot at a puff,
And always at sea when the weather grew rough
He drank from a bottle and wrote on his cuff,
Did Pirate Don Durk of Dowdee.

Oh, he had a cutlass that swung at his thigh
And he had a parrot called Pepperkin Pye,
And a zigzaggy scar at the end of his eye
Had Pirate Don Durk of Dowdee.

He kept in a cavern, this buccaneer bold,
A curious chest that was covered with mould,
And all of his pockets were jingly with gold!
Oh jing! went the gold of Dowdee.

His conscience, of course it was crook’d like a squash,
But both of his boots made a slickery slosh,
And he went throught the world with a wonderful swash,
Did Pirate Don Durk of Dowdee.

It’s true he was wicked as wicked could be,
His sins they outnumbered a hundred and three,
But oh, he was perfectly gorgeous to see,
The Pirate Don Durk of Dowdee.

I was angry with my friend: I told my wrath

We use cookies on our website to give you the most relevant experience by remembering your preferences and repeat visits. By clicking “Accept All”, you consent to the use of ALL the cookies. However, you may visit "Cookie Settings" to provide a controlled consent.
Cookie SettingsAccept All
Manage consent

This website uses cookies to improve your experience while you navigate through the website. Out of these, the cookies that are categorized as necessary are stored on your browser as they are essential for the working of basic functionalities of the website. We also use third-party cookies that help us analyze and understand how you use this website. These cookies will be stored in your browser only with your consent. You also have the option to opt-out of these cookies. But opting out of some of these cookies may affect your browsing experience.
Necessary Always Enabled
Necessary cookies are absolutely essential for the website to function properly. These cookies ensure basic functionalities and security features of the website, anonymously.
Functional
Functional cookies help to perform certain functionalities like sharing the content of the website on social media platforms, collect feedbacks, and other third-party features.
Performance
Performance cookies are used to understand and analyze the key performance indexes of the website which helps in delivering a better user experience for the visitors.
Analytics
Analytical cookies are used to understand how visitors interact with the website. These cookies help provide information on metrics the number of visitors, bounce rate, traffic source, etc.
Advertisement
Advertisement cookies are used to provide visitors with relevant ads and marketing campaigns. These cookies track visitors across websites and collect information to provide customized ads.
Others
Other uncategorized cookies are those that are being analyzed and have not been classified into a category as yet.
SAVE & ACCEPT
Powered by