Robert Louis Stevenson and his Travels 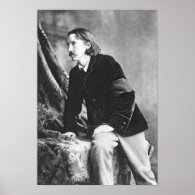 ROBERT LOUIS STEVENSON was born on November 13, 1850 in Edinburgh, Scotland. Although he lived but 44 years, and was in ill health a considerable amount of time, he traveled the world, and wrote timeless classics that are still enjoyed to this day.

He also wrote many travel books. His first published bookAN INLAND VOYAGE (London, C. Kegan Paul, 1878), was an account of a canoe-trip he had made in 1876 in Belgium and Northern France.

TRAVELS WITH A DONKEY IN THE CEVENNES (London, C. Kegan Paul, 1879), was a memoir of his 12-day walking tour with through the Cévennes of France’s Massif Central in 1878.

THE AMATEUR EMIGRANT, with Some First Impressions of America is the result of Stevenson’s trip to San Francisco to persuade Fanny Osbourne to marry him. He did not tell his parents that he was making this trip and he became gravely ill as a result of the overland trip across America.

His journey brought him to Hawaii, where he became friends with King Kalakaua. Although he wished to return to Scotland, his fragile health prevented him from making the trip.

While Stevenson was a well-known writer during his lifetime, he was somehow categorized as primarily a children’s writer, no doubt due in large part to the enormous popularity of A CHILD’S GARDEN OF VERSES and adventure books. He was condemned by authors such as Virginia Woolf and Leonard Woolf, and his works were gradually excluded from the curriculum in schools.

Nevertheless, Stevenson is ranked the 24th most translated author in the world, ahead of even Charles Dickens, Oscar Wilde and Edgar Allan Poe.

A prolific letter writer, his letters, which are a treasury of information concerning life in the last half of the nineteenth century in many aspects, may be purchased in various editions or one may acquaint oneself with them online.

I was angry with my friend: I told my wrath